Be Willing to be Crazy

“The people who are crazy enough to think they can change the world are the ones who do.”
– Steve Jobs

As we approach the start of a new year it is time to make resolutions, i.e., decisions about what we will or will not do in the new year. I decided to REALLY be CRAZY – GOOD CRAZY.

Really – used to add strength, sincerity, or seriousness to a statement or opinion

Crazy – extremely enthusiastic; appearing absurdly out of place or unlikely

I love this quote by Steve Jobs:

“The people who are crazy enough to think they can change the world are the ones who do.”

As I was writing this article I thought about things I have done that some (or many) considered crazy; perhaps they were but my life has been so much more fulfilling because I was willing to be crazy. For example, 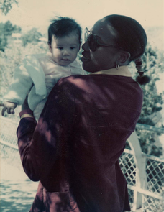 In 1976 Caralyn (my wife) and I decided to move to California to pursue our dreams – Caralyn to become a singer and I wanted to get involved in children’s television and writing – things we had never done before. So we quit our very secure jobs as teachers in New York City and moved to Los Angeles with our three month old daughter Dhyana. We had no jobs waiting for us, no place to live, but we said let’s go and make it go right. Many thought (or knew) we were crazy to leave such a secure lifestyle, especially with a newborn baby. And we did make it go right. Crazy! In 1979 I decided to write a book for parents on education and have one of the major publishers at the time publish the book. I was not famous, or an award-winning educator (though I was very good), had no writing experience, and who was I to get a major publisher to publish my book. It was published in 1980 by Prentice-Hall, a major publisher at the time, and excerpts from the book were run for one week in the New York Post, a major New York City newspaper read by millions of people. Crazy!

In 1998 I was asked to be the co-founder and editor in chief of what would become a national education magazine. I had no experience working at a magazine and no understanding of what being an editor in chief entailed, but I knew I could make it go right. 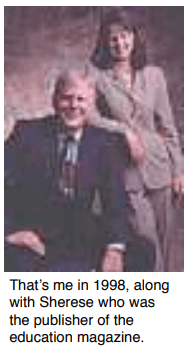 I quit my job that was paying me very well and took a 25% pay cut; the job was in Sacramento California and we lived in Boston and my wife did not want to move, that meant I would have to have a bicoastal lifestyle (which I did for five years). I became the editor in chief. Crazy! (The magazine won many awards for its excellence.) Crazy!

And as the years progressed I have found myself continually willing to be crazy. As we start the new year I am now reinventing my life (every 5 to 7 years I find myself reinventing myself, building on what I have done before). Just like my decision in 1976, I am creating a new direction doing something I have not done before, but built on a foundation of previous successes (more on the new path in the near future).

“Life is action and passion, it is required of a man that he should share the passion and action of his time at peril of being judged not to have lived at all.”

I can help you find and share the action and passion of YOUR time, so you can create the life you want, even if it means you have to REALLY be CRAZY. Contact me at bernard@careersolutions.biz

“When trouble arises and things look bad, there’s always one individual who perceives a solution and is willing to take command. Very often that individual is crazy.”
– Dave Barry

Let me help you or someone you know to take command. Let
me help you be crazy!